Ex-Servicemen Reflect On Their Experiences Ahead of Remembrance Day. 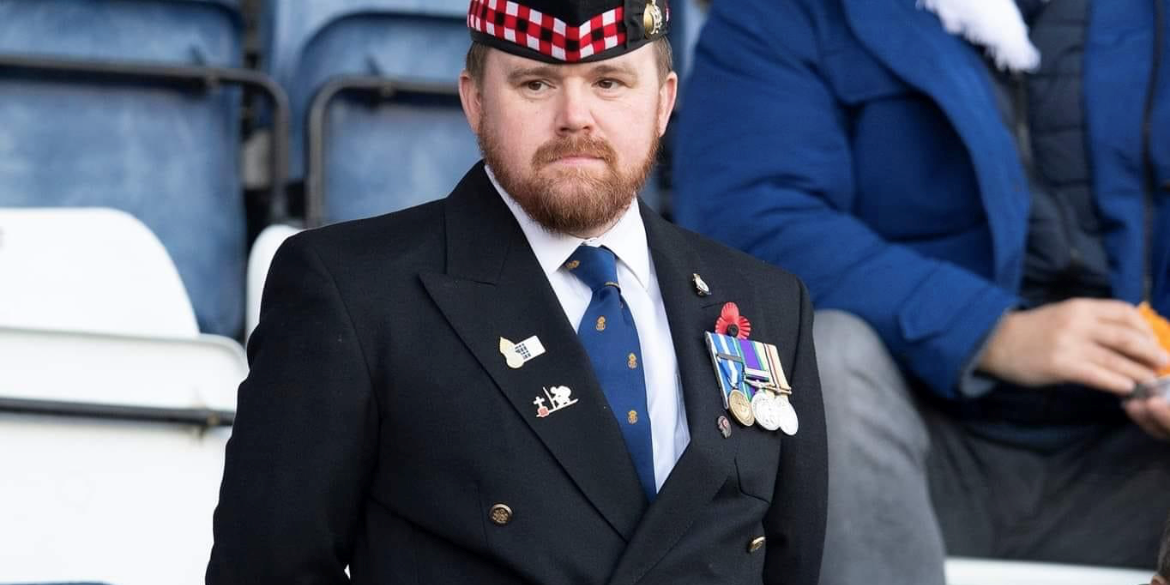 In the lead up to Remembrance Day we wanted to highlight the support that we are giving to our Armed Forces community through the work that the Falkirk Foundation and Falkirk FC are doing. Including the Foundation’s CEO, Derek Allison (Royal Navy) and Falkirk FC, Sporting Director, Gary Holt (Army) both organisations have ex-service personnel in their teams and together everyone wants to show their support for this Day of Remembrance.

Falkirk Football Club have a proud and varied history of service to their country tracing back to players and fans involvement in both World Wars. In the lead up to Remembrance Day, we spoke to two ex-Armed Forces personnel who are involved with Falkirk Foundation, about their service, experience and what they get from being involved.

David McCormack, is the goalkeeping coach for the Falkirk Foundation Woman’s 1st team and works with the youngsters at the Foundation to help develop them to be the best they can be. David joined the military at 16 in 1998 and spent 7 years as a front line solider serving in Kosovo, Northern Ireland and Iraqi before leaving the military in 2005. He was an infantryman with the 1st Battalion The Royal Highland Fusiliers.

William Inglis is currently involved in the SAMH Changing Room Programme taking place at the club. This 12-week course looks to bring together men to open up about their mental health at their Community football club on a Monday night. William joined the Armed Forces in 1994 as an Infantryman in the Argyll and Sutherland Highlanders and left just after 2000.

It was an honour to speak to them and below is a rundown of our conversation.

Q: How did you find the transition from military life into civilian life?

David: It’s hard. It’s hard to adjust from being a soldier to a civilian. A veteran is always going to be a soldier. It has been great in terms of the experience I can bring to working with civilians and things like that. But sometimes it is hard just to let go and forget about my time in the forces. I joined the military as a boy and left as a man seeing things I would rather not of.

William: The transition was actually really difficult. When I left it was a struggle to get back into normal life, and I had to try and find a job as well, which is one of the biggest struggles.

Q: How supported do you feel by Falkirk Foundation and Falkirk Football Club?

David: Very. I’ve been to various clubs working in the same sort of role, but I’ve never felt as valued as a part of a club as I have been at Falkirk. It’s more like a family. Steph, my boss, is absolutely phenomenal. Anything I need, she’s always available on the phone and everybody that I work with are just great. The facilities and the equipment you can get from the club, not just kit, but also information, is top notch. I can see myself being at Falkirk Foundation for a very long time if they need me to be here.

William: Yeah, obviously the Changing Rooms is good. I suffer quite a lot from PTSD from my time in the forces. It’s allowed me to get out and chat to people I would never normally chat to as I would be staying in my little cocoon. A programme like that helps, we don’t normally talk about forces stuff, but it’s just getting out and meeting new people, and being able to open up to the group.

Q: Is this something you would recommend to other service people who are transitioning out of the military, to get involved in programmes like Changing Rooms?

William: Yeah, I’d highly recommend these kinds of programmes, it gives them something to look at, meet new people and actually then help them progress from the military life to civilian life. That’s one of the biggest challenges we actually face.

David: As veterans we don’t want to be in the limelight we just want the people that came before us to be recognised for what they done to give us the life that we have. A veteran will always say that we are not heroes but we have walked and served beside a few. I think that what is getting done is absolutely outstanding and I thank the Foundation and the Club for the support.

Q: How important is it for the club to offer that support to ex-service members? Do you think within the Changing Room Programme and the Falkirk Community Foundation they actually have support for ex-service personnel?

David: It’s very, very important. I think it’s very important for anyone, from the top people at the club to the youngest player walking through the gates, to understand things like Remembrance Day and what people have went through so they could have the freedom to play football. I think it’s sometimes lacking in some industries in this country, in terms of the support that veterans get.

William: In Falkirk, there’s not a lot that is actually in place for ex-service members. But obviously with Falkirk Foundation doing this Changing Rooms, it’s actually quite helpful. So, they’ve actually put extra support in place. I think it’d be a great resource for veterans to actually use. This is really good as one of the biggest challenges is trying to find support groups like this to go to. It is great as it is not all just about mental health we do football as well which takes your mind off the way that you are feeling

Q: What advice would you give to someone who has served, who’s looking to transition from the military to the football and sports world?

David: Go for it, don’t be scared. Start at the bottom and work your way up, but also enjoy it. Once you come out the Army we are all too old and too broken to play the game sometimes, so getting into coaching and teaching young people how to be better people away from football is a great reward.

William: They should come and try out the programme instead of sitting about on their own come out and seek the support, as programmes like this run by the Foundation are there and will help.

We want to thank both David and William for their time and service. Both Falkirk Foundation and Falkirk Football Club are committed to supporting our veteran staff, players and fans as well as involving ourselves with programmes such as Legion Scotland and Poppy Scotland.

Take time this Remembrance Sunday to reflect on the sacrifices made by all those who served our country. 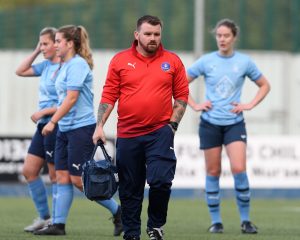