Falkirk FC Foundation in the running for prestigious European Award 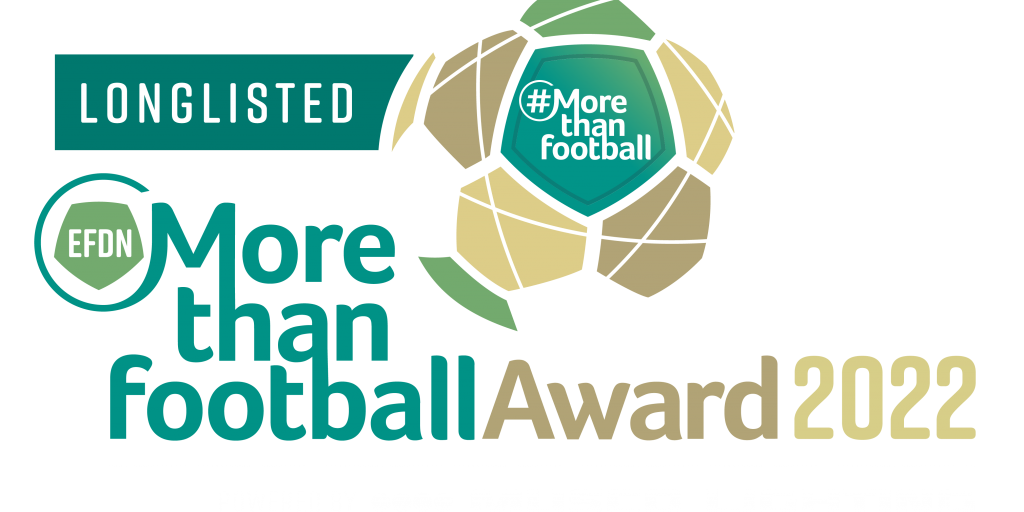 During the Networking Dinner of the 17th European Football Development Network Conference in Liverpool, Falkirk FC Foundation was named one of the 10 football organisations on the longlist for the EFDN More than Football Award 2022.

This prestigious award focuses on the great work being done by football organisations across Europe and as can be seen below, the Foundation are up against some of the biggest clubs in Europe. As the sole Scottish representatives, the Falkirk Foundation will be flying the flag for the Falkirk community and the whole of Scotland.

Falkirk FC Foundation CEO Derek Allison said: “To be listed as one of the contenders for this prestigious award is an honour and recognition of not only this programme and the outcomes it achieves, but for the work that we are doing in partnership with NHS Forth Valley. We have excellent coaches that deliver this programme, and it is their hard work that is having an impact on the children that attend. It lends itself to some peer-to-peer support for the carers and the parents of the children on it. I would like to thank the Ian Alexander Legacy Fund for supporting this project and enabling it to grow.”

Tracy Binnie, Occupational Therapy Advanced Practitioner with NHS Forth Valley’s CAMHS, said: “This project provides a space for local young people experiencing significant mental illness to learn many transferable life skills while having great fun outdoors. Participants and their parents regularly comment on the positive impact this project has had on their mental health and well-being with many reporting improved communication, organisation, and decision-making skills as well as increased concentration levels and ability to manage their emotions. It is also a fantastic example of partnership working between NHS Forth Valley staff and Falkirk Foundation football coaches and we are all very proud of everything that has been achieved so far.”

Hubert Rovers, EFDN CEO, said: “The goal of the More than Football Award is to honour the best social initiatives in Europe delivered by a European Club, League, or Football Association. The application for the More than Football Award 2022 sent in by the Falkirk FC Foundation regarding their CAMHS programme covers an important element; to improve the physical health and well-being of children at a vulnerable age. By giving these children the right direction, the Falkirk FC Foundation are changing lives through football.’

The More than Football Award celebrates the work that gets done on and off-pitch on a local, national, and international levels. The winners will be announced during the 18th EFDN Conference in Budapest, Hungary, which will be assessed not only on the quality of the project but also on the level of promotion and engagement.

CRITERIA FOR THE MORE THAN FOOTBALL AWARD:

The foundations of the following clubs will compete for the Award and the club-branded Mini-Pitch by Musco Lighting.