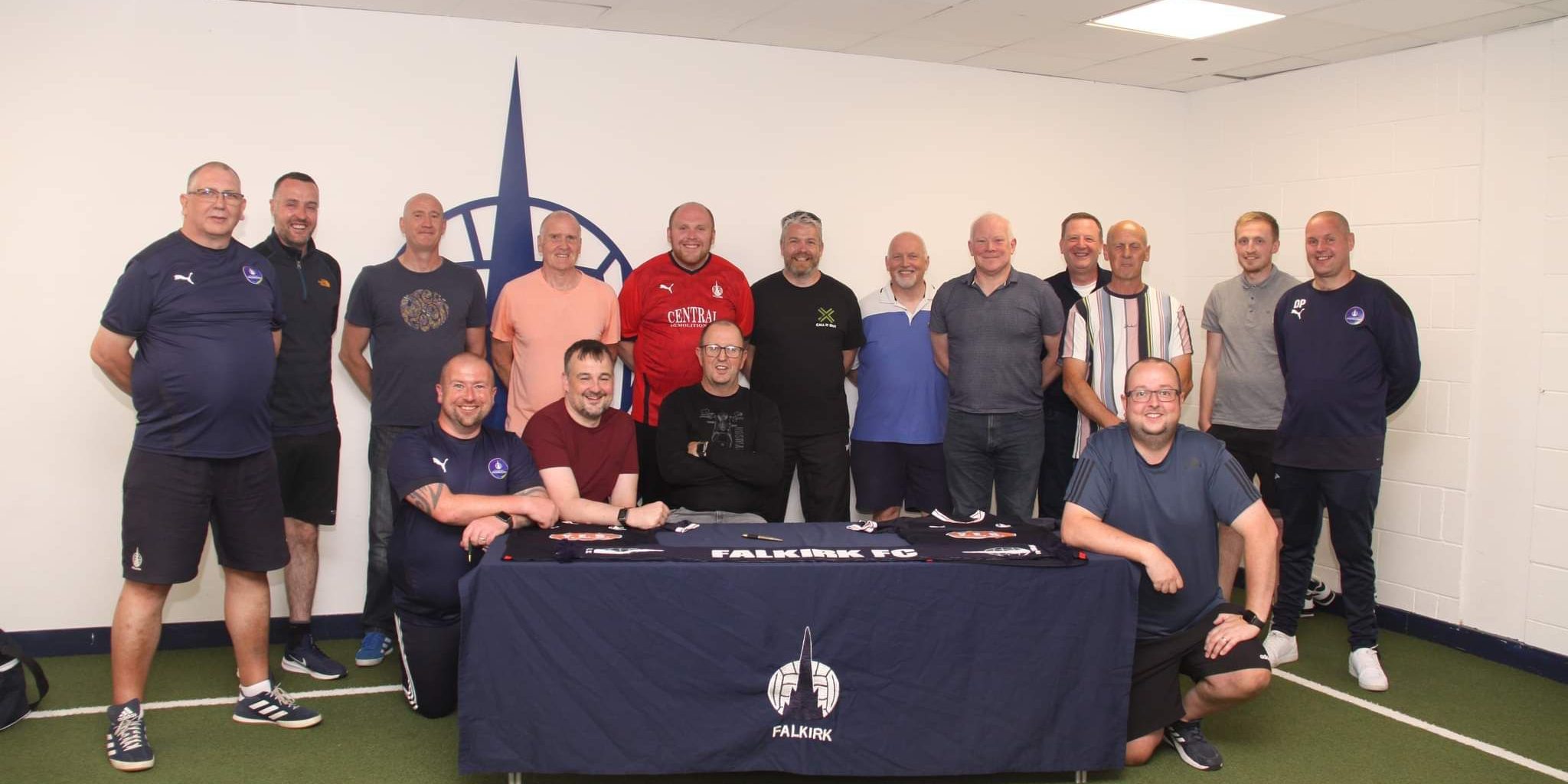 We are delighted to announce the newest members of The Falkirk Foundation, the FFIT Men’s 11-a-side team, who will compete in the new Warriors Premier League!

Falkirk FFIT originated from the SPFL Trust funded Football Fans in Training programme run by the Foundation, with men looking to continue their journey beyond this and collectively stay active and lead healthier lives. The legacy of FFIT has continued to grow in the last few years with now over 120 members as part of the whole group, and on any given night 50-60 people regularly taking part in small-sided football games every Monday at the Falkirk Stadium. This has further strengthened the male participation pathway to offer football from 18 months to 60+ years old.

In recent years the benefits of the FFIT program and the work done by Falkirk Foundation FFIT has gone beyond the physical health attributes.  With the rise in men’s mental health issues across the world, Falkirk FFIT have played their part in providing a platform for men to openly engage in discussing mental health through the Monday night gatherings. In June 2022, the men’s group took their message to the Western Isles of Scotland. The group arranged a friendly match with the popular Isle of Lewis team, Ness FC. The event was a huge success with Falkirk FFIT delivering the positive impact FFIT has on communities as well as the individuals themselves.

Enhancing the group’s opportunities and reach to include an 11-a-side platform further demonstrates the impact of the FFIT programme, and is a great opportunity for those within the group to further evolve the journey of feeling better as individuals and further extend the message of the importance of lifestyle changes to others.

The men will compete in the newly formed Warriors Premier League with training scheduled to begin on 7th of August. We wish all the men involved the best of luck and continued good health for the coming season. This goes to show that you are never too old to kick a ball!