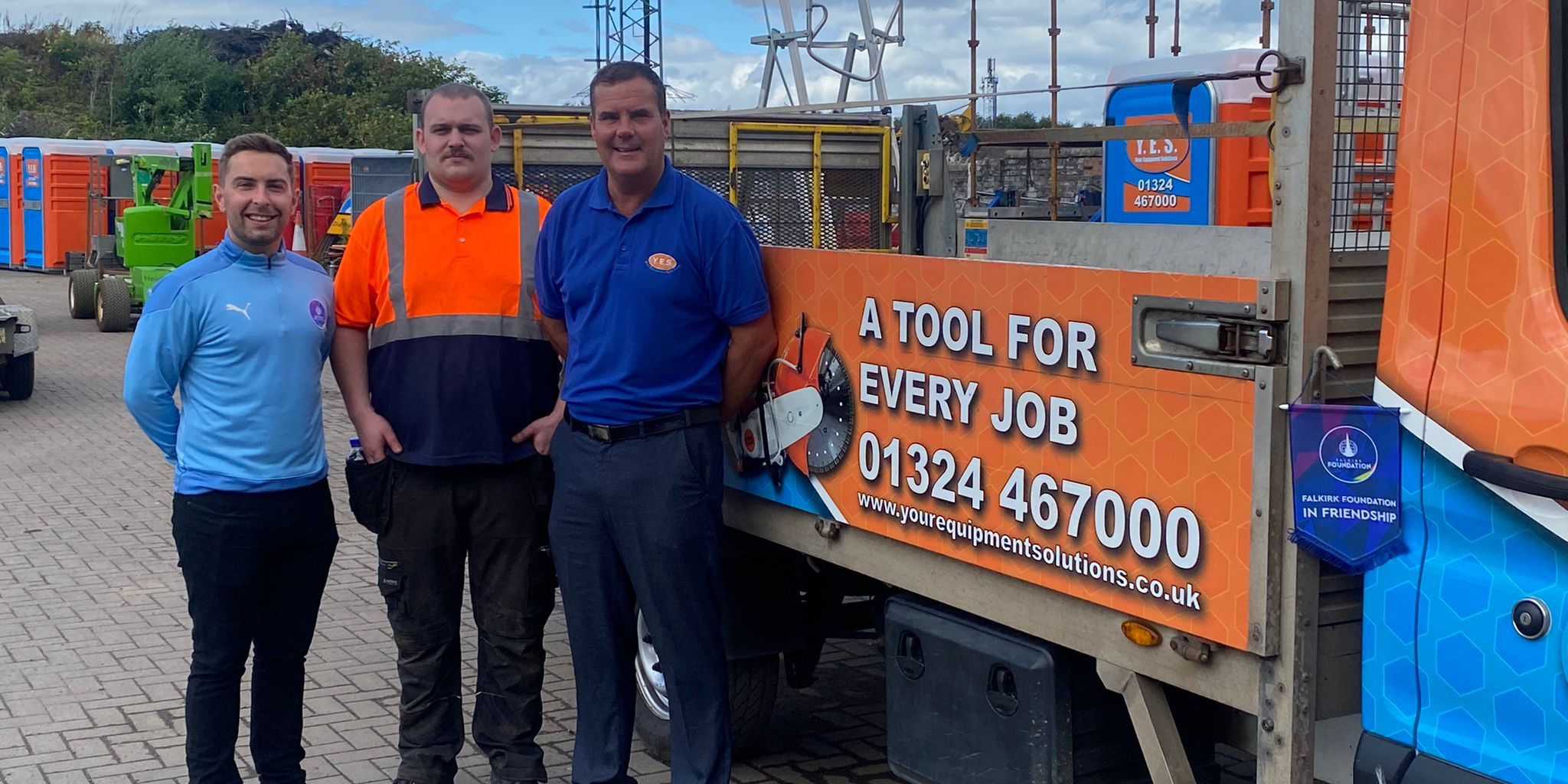 Your Equipment Solutions, our front of shirt sponsor, have hired a new face in Donald Macleod following last week’s Job Fair, hosted by The Falkirk Foundation, at The Falkirk Stadium.

Donald, who starts his new job this week, turned up to the Job Fair held in the Brockville Bar in the Kevin McAllister Stand at The Falkirk Stadium last Wednesday eager to find employment in a field in which he has experience. After showing off his CV and expressing his interest in the role and highlighting his experience, Donald earned a phone interview.

Just a few days later, Donald had met with Y.E.S. Director Eddie Nicholson and Workshop Manager Gary Bannan and was offered the job.

Donald was one nearly 300 people who turned up to the Job Fair last week hoping to find employment.

“Partnership working is very much the approach of the Falkirk Foundation and being able to provide the opportunity for our partners at DWP and local businesses to come together for a Jobs fair at Falkirk Stadium is a great example of this.

With nearly 300 people from our community in attendance, all looking for employment, it is great to hear that we facilitated the opportunity for Donald to get employment with our partners at YES. Donald is just one of a number of people who have went on to not only have interviews but who are now employed by local companies that attended the event.”

“I am absolutely delighted that, so early in our partnership with the Falkirk Foundation, we have been able to make a meaningful impact on our local community. I’d like to wish Donald Macleod all the best in his career at YES Hire.”

We wish Donald all the best in his new job and for his career.