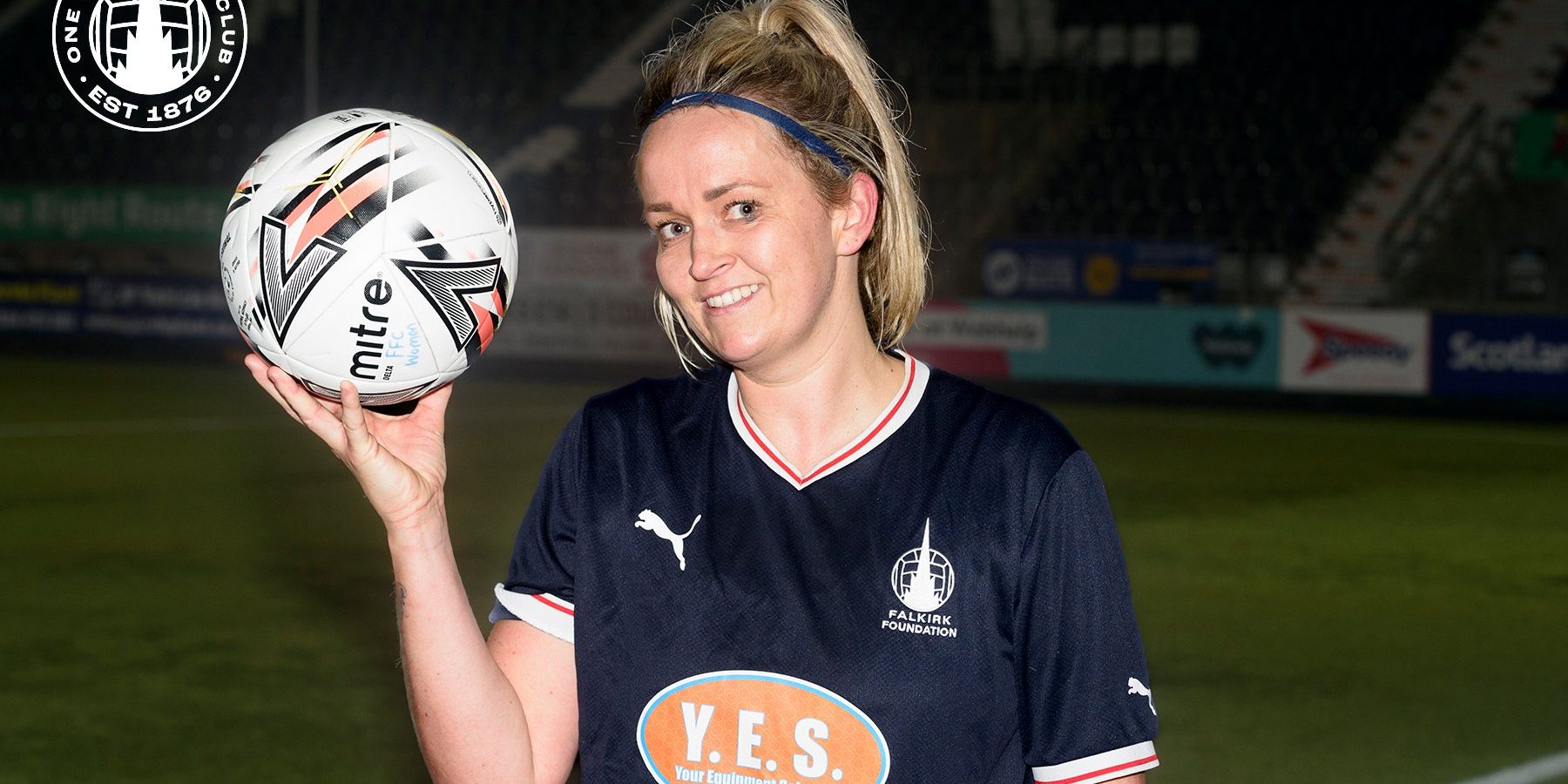 Falkirk took on Dundee West for the second time on Sunday, having won in Dundee on the opening day of the season.

The girls took control of the game right from the start and Dundee struggled to get any time on the ball. Early on, Suzanne Wyatt shot wide from a throw-in and then headed over from a corner. She was just finding her range though, and would go on to have a major impact in the game. These chances were followed up by a free-kick from Lauren Shaw which was saved by the Dundee keeper.

Dundee almost shocked the hosts in ten minutes when a long punt up the park found their striker within shooting range of the Falkirk goal. Her lob was on target but keeper Rachel Pirie did well to tip it over the bar. This would be one of only two saves that Pirie would need to make in the game, with the second being a shot from distance midway through the first half.

Falkirk took the lead on 24 minutes with a goal that replicated several of those scored earlier in the season. Iona Bridges picked up the ball in midfield and played it in behind for Eva Rule to get on the end of. She whipped in a cross to striker Wyatt who turned and shot home, despite the attention of the goalkeeper and two defenders.

The next two chances fell to Shaw who had a headed effort go wide of the post followed by a strike just before halftime that was cleared off the line.

It looked as if Falkirk would go in at the break with only a one goal lead but Wyatt had other ideas when she won a free-kick in the D just outside the box. She took it herself and curled the ball beyond the reach of the keeper to put Falkirk two up in injury time.

The second half began with Dundee forcing several corners in quick succession as they attempted to get back in the game. This gave Falkirk an opportunity to hit on the break which they did through Avril Johnstone as she raced up the park. Her cross was accurate but Rule was unable to keep the shot down and it sailed over the bar.

As the game progressed Wyatt was trying desperately for her hat-trick and was being thwarted every time. The goalkeeper denied two of her efforts and a defender got a boot in the way of a third when the ball appeared to be heading in. The referee wasn’t helping as a trailing leg from a defender in the Dundee box should have seen Falkirk awarded a penalty but he wasn’t having it.

Persistence finally paid off in the 74th minute. Rule picked up the ball on the right wing, played in her usual immaculate cross and Wyatt steered it just inside the post. As soon as she touched it you knew it was going in.

It should have been four in the 84th minute. Carolanne Cullen, whose strong challenges had been instrumental in winning the midfield battle, found herself goal-side of the defender just inside the box. Her shot was good but the keeper produced a great save to tip it over the bar. From the resultant corner Iona Bridges headed narrowly over.

Dundee might have pulled one back at the end as their forward ran clear but Aimee Lenathen was on hand to slide in and clear the danger. Three goals and another three points for the Bairns, who now travel to Meadowbank on Sunday to take on Edinburgh Caledonia.