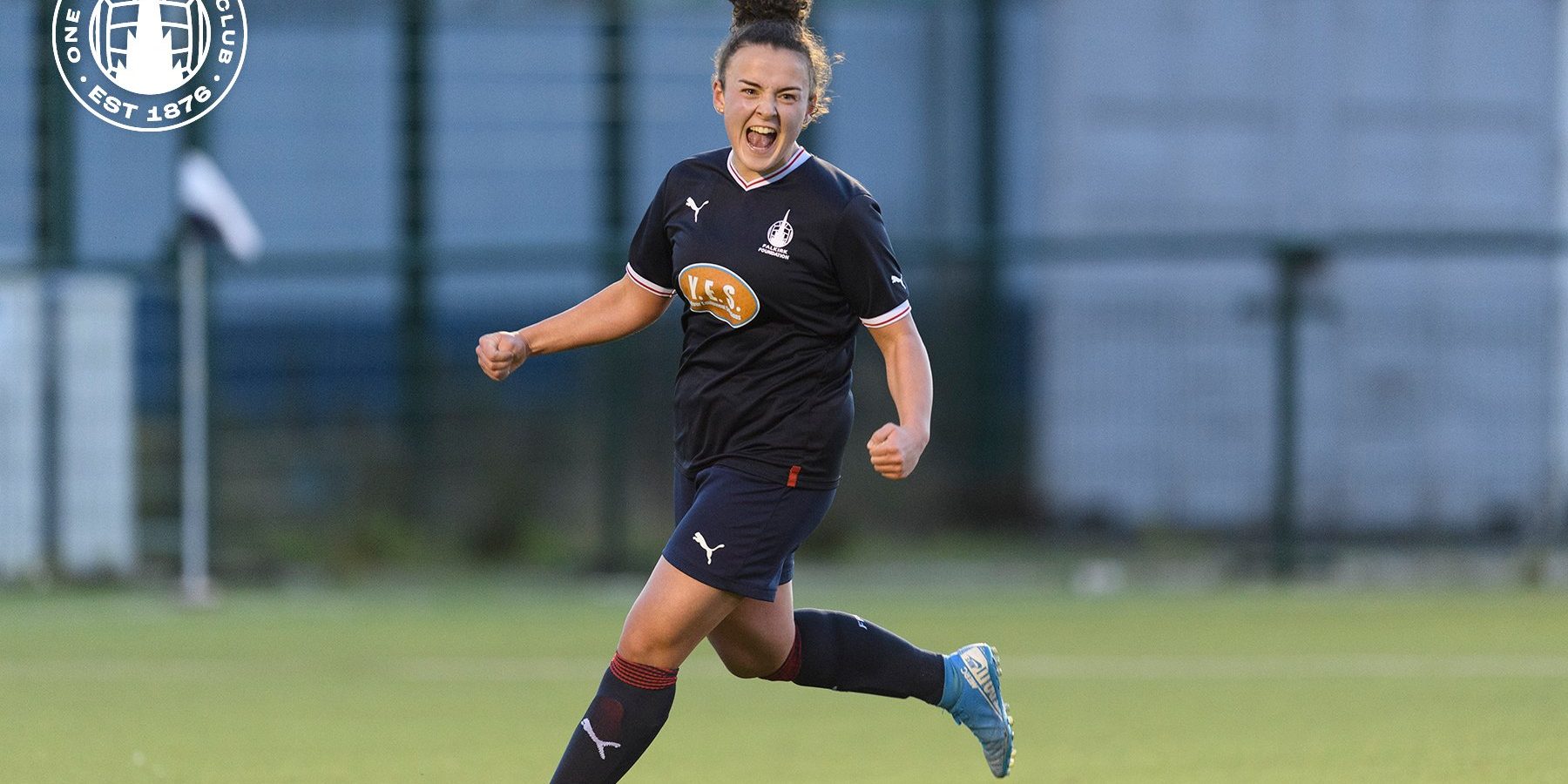 Falkirk’s return after a week off found them needing a win to recharge promotion hopes following a few disappointing results.

The opening exchanges of the game were cagey with neither team allowing for the opposition to create many chances. Iona Bridges, centre midfielder, took control of the midfield battle which gave Falkirk the better share of position. Her strength and aggression set a precedent for the rest of the team to follow as Falkirk won most of the physical battles early on. This remained a key theme throughout.

The first goal came from the game’s first major chance in the 25th minute. Bridges, who picked up the ball in the centre of the park, played a smooth pass through to Suzanne Wyatt who found herself in behind and one on one with the Goalkeeper. A calm stroke of the left boot sent the ball into the opposite corner.

The hosts doubled their lead just seven minutes later. The build-up was unconventional, however it was a chance that still needed finishing off by Wyatt. A Falkirk throw from the wide left created a crossing opportunity and the ball in took a dramatic ricochet, spinning high and goal bound. Wyatt rose higher than the goalkeeper to nod home.

Falkirk had a chance to put the game beyond reasonable doubt just before the break when Bridges produced another fine through ball to Eva Rule, whose shot was dragged wide as the first half came to a conclusion.

The second half, like the first, started fairly evenly with Falkirk having the best share of possession. The second half deadlock was broken after eight minutes though when the ball was played into Wyatt with her back to goal. She smartly flicked it round the corner to Bridges who slotted the ball into the bottom left corner to make it three, putting the game out of sight.

Celebrations of the third were barely over before it was time for the fourth. Rhianne Ferguson played the ball to Wyatt who passed it along to Rule in space at the left corner of the box. Rule composed herself before placing the ball over the keeper into the far top corner with great finesse making it four goals to nil with plenty football still to be played.

Despite the score line Giffnock continued to play their part in the game. The next 20 minutes of football didn’t provide much excitement with nothing to report bar substitutions to freshen the game up.

The late exchanges of the game saw a flurry of Giffnock chances. A venomous shot from distance tipped onto the bar from Pirie reminded Giffnock where the goal was. In the following minutes Pirie made a sensational double save to preserve her clean sheet. Soon after, Giffnock tried their luck from distance multiple times however none of the efforts challenged Pirie beyond some catching practice.

The final chance of the game fell Falkirk’s way. A powerful run down the right channel from Avril Johnstone drew in defenders as she shrugged off multiple challenges. She played the ball inside but the outrushing goalkeeper thwarted the chance.

As the temperature was lowering and the light fading, the game came to a close. It was a fairly convincing Falkirk performance in a game where chances were few and far between. Compliments to Falkirk’s ruthlessness in front of goal that got them back to winning ways and sees them now just one point shy of a promotion place.

Next up is a home league game against Dundee west.