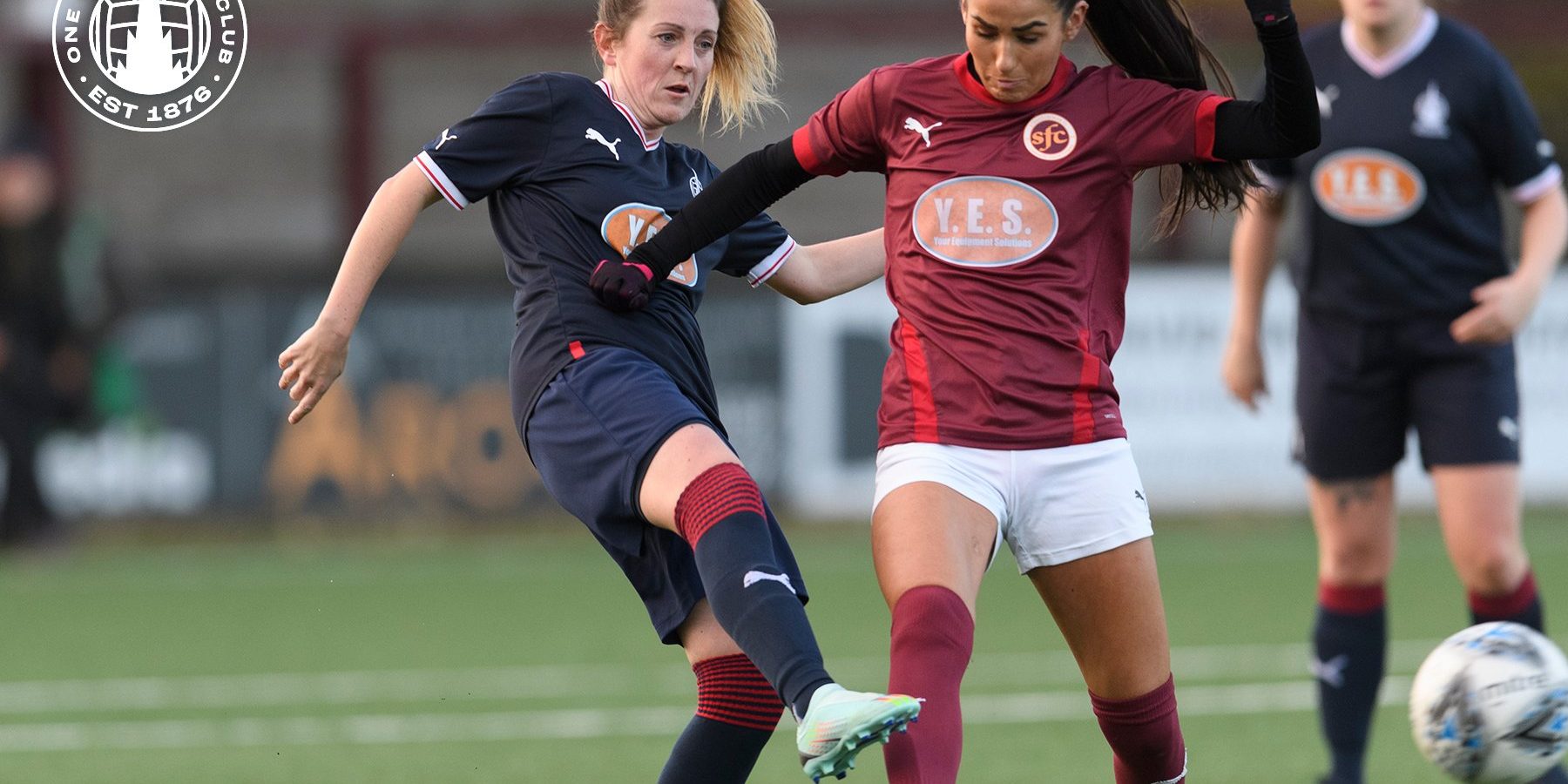 Falkirk took on Stenhousemuir at Ochilview in their final league game before the winter shutdown.

The Bairns started strongly, with Carolanne Cullen heading on a long ball for Avril Johnstone to run onto. The winger turned inside her defender and hit a shot which crashed off the post with the keeper beaten. Two minutes later Johnstone turned provider, playing the ball in to striker Suzanne Wyatt. Wyatt got there before the keeper and her effort bounced off the inside of the post, rolled along the goal-line and was cleared.

Falkirk were dominant in these early stages. On 16 minutes Lauren Simmons was fouled on the edge of the box, one of many committed on her during the game, but the effort from Wyatt sailed over the bar.

On 27 minutes Eva Rule found herself unmarked just inside the box but she put her shot wide. At this stage no-one could have complained had Falkirk been several goals ahead. However, Stenhousemuir would come back into the game and probably dominated the remainder of the half.

Their number two had a chance when she got on the end of a cross but Rhianne Ferguson closed her down quickly and forced her to shoot wide. Number seven then ran clear following a punt upfield but Rachel Pirie rushed out to smother the ball at her feet. Pirie would deny the number seven again shortly afterward with a brilliant save, although the Falkirk players were unhappy that no offside had been given when she picked up the ball. The same player would have a third chance just before the halftime whistle but her shot went wide.

Two minutes into the second half, seven yet again found the ball at her feet on the edge of the box. She hit a shot which looked in all the way but Pirie had other ideas. The Falkirk keeper got a fingertip to it and pulled off her second big save of the game.

Just after the hour mark it looked as if Wyatt would run clear but an opposing midfielder rushed in to block just as she unleashed a shot. That would be the last real opportunity for either team as the game descended into a midfield battle where no quarter was asked or given and yellow cards were being flashed every few minutes.

Wyatt would be on the wrong end of one of these on 69 minutes following a clash of heads. As it was her second yellow of the game Falkirk were forced to play out the last 20 with only 10 players on the pitch. Falkirk dug deep, defended well and still managed several forays into the Stenny box with runs from substitute wingers Claudia Stewart and Ellie Roberts.

It was a hard fought match but Falkirk gained a point, maintaining their spot above their local rivals. Stenhousemuir have now failed to win any of the four games between the sides since football restarted after COVID. Falkirk end the first half of the season having only lost to one team, FC Edinburgh, and are still well in the hunt for promotion.

The girls will play one final game before the winter break, away to Giffnock in the Scottish Cup this Sunday.