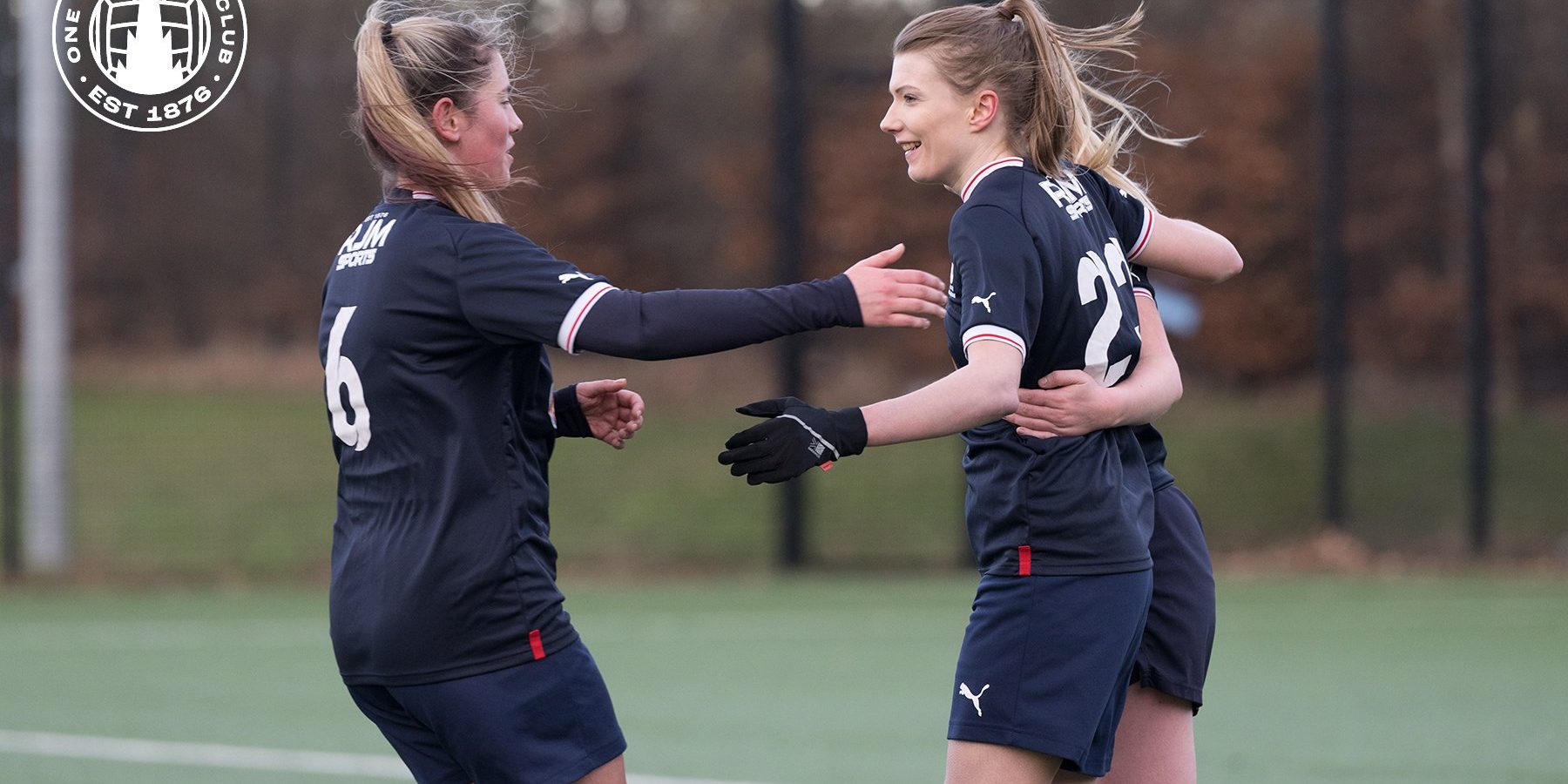 Falkirk travelled to Aberdeen on Sunday to play Westdyke who sat two points above them in League One.

We started well and on nine minutes Rhianne Ferguson played a through ball for Avril Johnstone to run onto. Her low shot was bottom corner bound but it didn’t have the pace she wanted and the keeper had time to get down and make the save. However, the opening goal would only be delayed by a minute.

When the ball was played in behind most of the Westdyke defence, Kirsty Gilbert looked third favourite to reach it behind the one defender who’d played her onside and the goalkeeper. However, her determination and tenacity saw her emerge with the ball at her feet and with time to shoot. Despite the tight angle she buried it into the bottom left corner to give Falkirk the lead.

It could have been two six minutes later but the goalkeeper rushed off her line to deny Gilbert as she ran clear of the defence. The ‘keeper would act as an auxiliary sweeper for most of the game and would deny Falkirk on multiple occasions, particularly in the second half.

The next chance fell to Westdyke when the referee penalised goalkeeper Rachel Pirie for taking a goal-kick from outside the box. As he was sixty yards upfield at the time this decision astonished everyone, so it was fortunate that the resultant free-kick went over the bar.

That was the only real opportunity Westdyke had in the first half. Falkirk were dominating and had three further chances. In the 26th minute Charlotte Holden played a through ball from midfield to release Ellie Roberts. She drove into the box and her shot looked destined for the postage stamp but it agonisingly sailed an inch over the bar. Then on 38 mins Gilbert went one-on-one with the ‘keeper and saw her shot saved, only for the ref to award a goal-kick rather than a corner. The decisions of the official would be a constant frustration for the Falkirk bench and would ultimately lead to coach Craig Tully picking up a yellow card.

The third chance came in the last minute of the half when Gilbert again appeared to be running clean through, only to be denied by a great defensive tackle from the Westdyke number 21.

If the first half belonged to Falkirk, the second belonged to Westdyke. They had the lions share of possession and seemed to spend most of the game camped just outside the Falkirk box. They equalised on 55 mins with a good shot from the edge of the box that gave Pirie no chance. Thereafter, there were probably two main features of the game, the first being Pirie herself. After drawing praise for her performance against Celtic last week she made three excellent saves as Westdyke pressed for the goal that would put them ahead. Twice she tipped over net-bound shots from the edge of the box and then she made a close range stop following a header at a corner.

The second feature was the Westdyke keeper. Falkirk were struggling to get any consistency to their play but were still able to feed several balls in behind the defence, thanks to good passing from Teri-Louise Deegan and Lauren Simmons in particular. Each time the sweeper ‘keeper rushed out to clear the danger. She did it five times to deny Gilbert, Roberts and Johnstone as well as substitutes Carolanne Cullen and Caitlyn Stewart.

So it finished level in Aberdeen with a good performance from the girls who now face BSC Glasgow on Sunday.